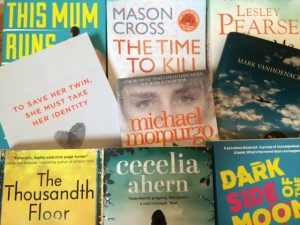 An investigator working on the fringes of the law is asked to investigate a violent attack by a public schoolboy. Mysteriously, the victim has disappeared. So begins an investigation that has its origins half a world and half a century away.

Although initially set in London, Annie Hauxwell’s book could be set just about anywhere. Its characters inhabit worlds just out of sight from those occupied by most of us.

Perhaps because of this, they are people that I suspect many readers will find it hard to empathise with.  A drug-addicted investigator, a wealthy aristocrat with a dark secret, a barely competent policeman. Each is well drawn, and the tale moves along at pace, but they are not characters I found myself drawn to. With a little more fleshing out earlier in the book, I might have been keener to learn their fate.

Those familiar with the geography of London may also be left wanting more detail of the places the story unfolds. References to real places such as Wapping are too vague to let map nerds like me try to speculate where the action is set. Calling a school Palmerston Hall and telling us the old boys included former prime ministers had me stopping to think whether it was based on Eton or Harrow, while a treatment centre called the Abbey had me recalling the real life Priory.

If you can ignore such distractions then this is an original crime thriller which slowly but surely gathers momentum towards the finale.

House of Bones by Annie Hauxwell